Friday 01- 94/67
Still sick in bed from the flu and the internet keeps going in and out and then finally stopped around 8pm. I slept most of the day anyways.
I watched a DVD movie “2012”


Saturday 02- 96/65
I did light exercises and took poor Cassie for a walk. She’s been a mighty fine girl trying to keep me happy in my sickness and curling up next to me while I sleep.
I mostly just stay in bed hoping this all goes away before my dentist appointment on Monday.
I watched a DVD movie “Sahara”


Monday 04- 87/63
I went to the Dentist and had four implants drilled and screwed into my upper jaw. It didn’t start hurting until I had my prescription filled at Star Pharmacy (Codeine). Dentist said not to anything but rest for a few days and no exercises.
I watched a DVD “U571”(2000)
Climbed up on the roof at night and somehow fixed the WIFI antenna and now I have the internet again.

Wednesday 06-
Cassie and me went to visit Sherry and I helped her buy a new TV and set it up while Cassie played with Barney and Abby outside.
I watched season 4 episode 22 of “Person of Interest”.

Thursday 07- very windy!
Still not exercising because of the sutures on the four implants still hurts a bit and can’t chew anything yet.
I went to the post office to mail out a promised signed book “Azure Sea of Dreams” to a friend and pick up a package that contains a mobile hotspot I ordered from Freedompop just in case my WIFI goes down again. The service is cheap but it works very well out here in the desert when I tried it out.
I watched season 3 episode 23 of “Elementary”.

Friday 08- 67/50 degrees.
I’ve been sleeping very long hours (12-13 hours + naps) since the dentist did the four implants in my upper jaw. I think my body is trying to heal itself. I have no energy at all. I have been taking Cassie for a few walks here and there but at no set schedule.

Saturday 09- 78/48
I tried to do my exercises but the pain pressure on my upper jaw was too much.
I just let Cassie go romp in the yard all most of the day.

Sunday 10- 86/58
I watered the plants and filled the pool.
I took Cassie for some short walks.

Monday 11- 88/62
I did light exercises; my stretches, lifted weights, yoga, took Cassie for a mile walk, core trainer, and punched the heavybag for a round.
I might have done too much and rested for the rest of the day.

Tuesday 12- 82/56
I took Cassie for her walk and waited for the WIFI repair guy to come out and replace my cable and antenna. He came around 1pm and was very nice and pleasant.

Wednesday 13- 80/54
I did my stretches and took Cassie for her walks. I still feel weak recovering from having the flu a few weeks ago and the work I had done at the dentist on Monday the 4th.

Thursday 14- very windy 70/56
Dentist appointment to put two implants into my lower jaw. It didn’t hurt at all until after I got home and in bed. I’ll be down for a couple of days taking codeine and letting my jaw heal. All the painful stuff at the dentist is done now!
I took Cassie for a short walk when I got home.

Friday 15- 63/49 degrees with wind.
Took it easy because of the new implants; very painful.
No walks today, I just let Cassie loose go in the yard.

Saturday 16- 70/50 with wind.
After taking Cassie for her walks I slept most of the day and missed Movie Night at the community center. I probably wasn’t up to it anyways because of the codeine I took for the pain. The two lower implants are more painful than the four upper ones.


Monday 18- 81/57
Because of my dentist visit Thursday I didn’t do much of anything today except take Cassie for her walks.

Tuesday 19- 82/60
I took Cassie for her walks.
I drove my little scooter down to my postbox on Lear ave. to pick up a package I ordered from Amazon.

Thursday 21- 83/56
I did my stretches and took Cassie for a mile run.
I had to get ready to see the dentist at 1pm she is going to remove the sutures from the implants. I got there 45 minutes early and waited around. I went to the Dollar Store next door and bought a few things for the dog. After the dentist removed the sutures I went to Stater Bros to pick up a few more items. I even stopped off at Burger King for a hamburger to take home... kinda like a celebration of sorts for getting over the worst and hard parts of the orthodontist procedure and the fact I haven’t eaten anything solid for the past two weeks or so since this whole dentist thing started: it was my decision to have it done anyways.

Friday 22- 73/53 rain!
I did light exercises: my stretches, lifted weights, yoga, took Cassie for a mile run, core trainer, and punched the heavybag for a minute or so.
I did my studies; a lesson in “1100 words you need to know workbook” and I drew something: Teeth smiling.
I read one of my study books: History: Greco-Roman Civilization- Literature. Brady Emergency Care- Chapter 2 Well-being of the EMT-Basic.
I did my stretches, lifted 10lb dumbbells and went for my evening walk with Cassie.  My player’s battery was out of juice so I waited until we got back to listen to History lecture (The Roman State and the Christian Church). I did some pullups and punched the heavybag for a round.
I read a couple of pages from my encyclopedia (I had started this maybe fifteen years ago and didn’t get very far).
I did my stretches, lifted 20lb dumbbells, and went for a night run with Cassie.
I practiced my guitar for a spell.
Did some editing of my book “The Scalloped Edge”.

Saturday 23- 81/58 with a little bit of wind in the evening.
I lifted weights, Cassie for a mile run, core trainer, and punched the heavybag for a few minutes.
Somebody a mile from my home had a wild party that started at 3pm and blasted away music until 8am Sunday morning. The music, especially the fast deep thumping of the drums, was so loud it came through my thick walls to keep me awake most of the night. They have done the same last year but it wasn’t this loud. If it’s only one night once a year I can deal with it and let them have their fun.

Sunday 24- 86/59
Talked to my brother Kevin. He said the guy came out to look at my trailer and wants to purchase it. I told him I accept the guy’s offer and to send the Arizona DMV paper so I can get it notarized and sent back. For the past many months I’ve been searching for a piece of land to buy to put the trailer on, one of many alternatives I came up with and to sell it was one of them. The person we called to ask about moving the trailer was instead a buyer of park trailers and rents them out on his property.

Tuesday 26- 89/68 with a few clouds.
I did my stretches, lifted weights, yoga, took Cassie for a mile run, core trainer, and punched the heavybag for spell.
I did my studies; a lesson in “1100 words you need to know workbook” and I drew something: an old face.
I found the fix for the Windows 10 release 1022 and went into command prompt typed in a few lines after I ran a program downloaded from sysinternals. I rebooted the system and after awhile it went pass the dreaded 18% and on to 19% as I let my breath out and on to completion. This release has a new lighter browser called Edge and I now have sound!
I took Cassie for a walk while listening to the last history lecture in this series (Twilight in the west) now I’ll have to find a new lecture to listen to. We spotted a horneytoad on the trail and I held Cassie back as it ran under some scrub, she would have eaten it, and we sat down to watch it crawl around for a short spell.

Wednesday 27- 93/69
Cassie and I went to Sherry’s. I needed to cash a check at the bank and get a notary to sign an Arizona DMV document for the trailer I own and send it to my brother Kevin by two day FedEx so he can sell it to the buyer. Afterwards Sherry and I went to Walmart to do a little shopping. We ate a couple of quarter-pounders with fries at Sherry’s house I had bought at the McDonald's in Walmart.
We got back home around 7pm and Cassie was so burned out from playing with Barney, Abby and Sherry’s new puppy Willey, she quickly fell asleep.

Thursday 28- 96/72
I called the dentist when I woke up at 10:10am and they asked if I can come in at 11:00. I said yes, throw on my clothes, brushed and cleaned up, put Cassie in her dog pin, jumped in the Cougar and made it there with 5 minutes to spare.
After the dentist I went to the post office in 29 to get a 14W 5V portable solar panel that charges cell phones, tablets and such.
I stopped by Kelly’s house for a short visit and say howdy to all her critters.

Friday 29- 97/69
I did my stretches, lifted weights, yoga, took Cassie for a mile run, core trainer, and punched the heavybag for three minutes.
I swept the floors of the house removing a large amount of Cassie hair. 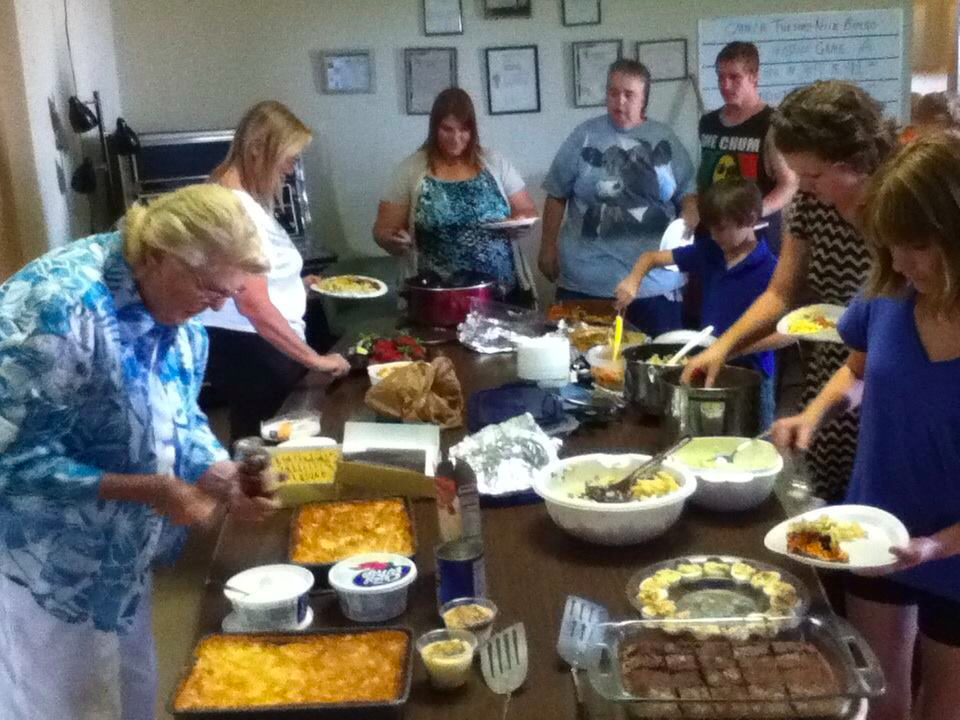 Saturday 30- 100/72
I did my stretches, lifted weights, yoga, took Cassie for a mile and a half run, core trainer, and punched the heavybag for three minutes.
I got cleaned up and cooked up my special chili casserole surprise and made my way over to our wonderful community center for potluck. Good times with good friends!
I took Cassie for a walk when I returned from potluck.

Sunday 31- 99/71 degrees
I did my stretches and took Cassie for her walks.
I spent most of the day on Skype with my brother Kevin and a realtor working out the details of a home purchase in Tucson Arizona we might buy.
I watered all the plants just before and after sunset.


Illusions are what you make of them. So as long as you are happy, who should be the wiser and who should really care?
~RD

I've been of the belief that globular star clusters are remnants of smaller galaxies cannibalized by larger galaxies like our own Milky Way and some of these globular clusters may contain large black holes at their center.
~RD

Self doubt is time wasted on a fruitless journey down to the trivial backwaters of obscurity.
~RD


"Everything that can be invented has been invented" someone once remarked back around the1880s.
We only know 5% of what makes up the Universe and physics is still in its infancy; basically to say "The door marked “faster-than-light travel” has been slammed in our face and welded shut" is pure hubris....
~RD