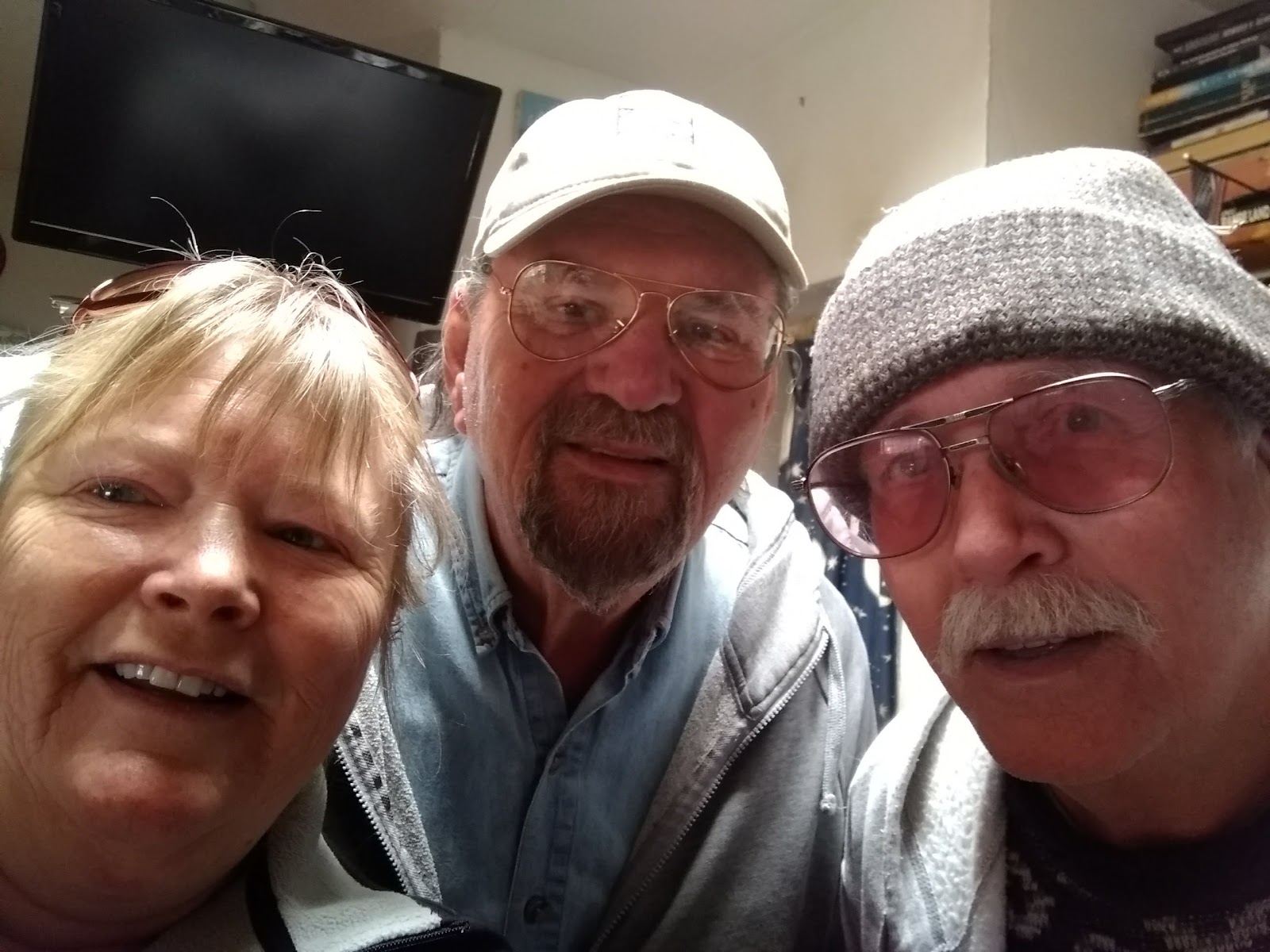 Thursday 01- Scattered Clouds 75° | 44°
I did my stretches. I’m kinda kicking back for a spell after giving blood yesterday.
I drove the truck to Home Depot to get some 2x4s to start framing the trailer.
I walked the dogs when I got back.

Friday 02- Scattered Clouds 77° | 46°
I did my stretches, yoga, lifted weights, went for a good mile jog, core trainer, and sit-ups punched the heavybag.

Sunday 04- Clear 77° | 50°
I did my stretches, core trainer, weight bench, situps, punched the heavybag and went on a good mile jog.
Continued to work on the “Guest House”.

Monday 05- Clear 79° | 48°
I did my stretches, situps, punched the heavybag and went on a good mile jog.
I went to Home Depot to get some more building material.
Last night at the black house across the way frome me, some man was going crazy screaming and cursing at the top of his lungs for over 6 hours. I also believe he was playing music very loudly. He was acting very strange and scary like he took some bad acid or something. The police finally came out after 11pm and I'm not sure what happened after that, but all went silent after that. The owner of that Airbnb where the man was staying should be a little more careful on who he rents to.

Tuesday 06- Clear 75° | 50°
I did my stretches.
I went right to work on the ‘Guest House” cutting and trimming, hammering and sawing.

Friday 09- Clear 80° | 46°
I did my stretches.
I went to a reading at Space Cowboy Books to listen to Susan Rukeyser read from her new book “Not On Fire Only Dying”. I had a pleasant time there taking to others in the group of poets I seem to belong to.

Saturday 10- Partly Cloudy 80° | 50°
I did my stretches, core trainer, weight bench, situps, punched the heavybag and went on a mile jog.
I continued to work on the Guest House and finally completed one whole side.

Sunday 11- Scattered Clouds 62° | 45
I did my stretches, situps, punched the heavybag and went on a mile jog.
I went to a poem reading at Space Cowboy Books and read a poem.

Monday 12- Scattered Clouds 63° | 45° very windy.
I did my stretches, core trainer, weight bench, situps, punched the heavybag and went on a good mile jog.
I was working on the trailer and got knocked down hard to the ground when a big gust of wind hit me when I was carrying a sheet of plywood. Dang stupid what I did. Man, I was down for the count. There I laid for 20 minutes before getting back up because at first, I thought I was going to die. I thought I had broke something. I found out I just pulled something in my groin area left side and hurts like hell when I cough, sneeze or try to get up or bend in a certain way... also cuts abrasions, and contusions.  I've been resting in bed trying to recover... I hurt all over.

Tuesday 13 through to Saturday 17- very windy and cold these days...
After my fall I rested for two days trying to stay off my feet. I watched Youtube videos of all kinds of science and computer stuff. I wrote many poems which I submitted to Cholla Needles monthly poem publication. I bricked my  OLPC X01 (One Laptop Per Child) three times. I finally found a way to do a restore and brought it back to factory setting. I did a little light work on the guest trailer. My guest moved in on the 16th and will be staying with me for a couple of months.

Monday 19- Rain 51° | 37° with high winds
I did my stretches and very lightly exercised with the 10lbs dumbbells.

Tuesday 20- cold and windy 48° | 30°
I did my stretches and very lightly exercised with the 20lbs dumbbells.

Wednesday 21- cold and windy,  Partly Cloudy 50° | 27
I did my stretches and exercised with the 20lbs dumbbells.

Thursday 22- cold and windy 57° | 30°
I did my stretches...
I went to Twentynine Palms, got gas, visited the post office to collect my WringMaster wringer and other packages and then hopped on over to Staters to get supplies.

Friday 23- Scattered Clouds 52° | 35°
I did my stretches and l exercised with the 10lbs dumbbells. Still trying to keep it all light and not pushing myself too much until I feel better. That fall I had really did a number on me.
A young woman, Tegan, from the little cabin above me dumped trash in my dumpster... nice girl, said is renting and landlord told her to dump her trash here. I told Tegan it was okay for her to use my dumpster, but told her to tell her landlord to contact me; I never gave her landlord permission to use it.

Saturday 24- Clear 55° | 32°
I did my stretches and exercised with the 20lbs dumbbells.
Just before I was to go to potluck FedEx finally delivered my mattress that was supposed to be here on Tuesday.
We had another yummy potluck this last Saturday. The serving table was overflowing with wonderful delicious offerings prepared by loving desert folk. This month’s theme was Valentine’s Day and the tables were decorated in pink plastic table covers with red hearts. Dorothy Jacobsen, her son John and daughter Dyan Carroll amazed us all with fish patties, red lobster biscuits, mac and cheese, and a tasty vanilla cherry trifle. Chris VanNortrick cooked up a fantastic meatloaf and a side dish of pea salad. Yvonne brought her world famous pineapple angel food cake along with ham and potatoes au gratin. David King outdid himself this time with a braised beef simmering in a crockpot along side veggies; mighty good stuff. Cal Myers continued Bob Seely’s tradition of bringing in a fruit tray for those who don’t partake in meat or have gluten intolerance. Upon leaving, Dyan handed out little gift bags with a big pink cookie heart in each and filled with candies to match the occasion; I thought this very thoughtful and nice. I wish I could cook and bring something other than rice, but I'm very gastronomically challenged. There was enough food leftover for seconds and take-home; which I took full advantage of.

Sunday 25- Clear 57° | 37°
I did my stretches and rode my bike over to visit my neighbor Kjtel.
I setup my new queen side bed and took the tiny one me and Cassie been sharing since she was a puppy. She outgrew the bed and practically took it over from me. Now we got a lot of room on the bed. I took the old twin bed out to the guest house and set it up there.

Monday 26- Clear 64° | 30°
I did my stretches, exercised with the 20lb weights.
My very good friend, Scott Tooher came out with his wife Debra for a visit. I haven’t seen Scott for over thirty years. They brought a bucket of KFC chicken with all the trimming too! We yammer on for over four hours about friends and times gone past. It was a wonderful visit and I hope to catch up with them on the road some time when I go traveling around the country. Good times!

Tuesday 27- Partly Cloudy 53° | 39°
I did my stretches and jogged a mile.
I setup my propane powered shower device outside and we had a nice hot shower going. It’s been sitting in the garage for a couple of years and just now decided to hook it all up.

Wednesday 28- Scattered Clouds 61° | 37°
I did my stretches, exercised with the 20lb weights, and finally got up the courage to jog a good mile. I had a friend at potluck who uses a cane to walk come lean up to me saying he envied me how I get outside and exercise and jog almost every day. I didn’t tell him I had a fall and haven’t jogged in a few weeks, so I got out there today and did a mile jog and it felt mighty good.

I didn’t know how alone I was until I tried being around people....
~RD

To be creative you must fly. If you cannot fly you must believe that you can.
~RD

It’s always 8:15 somewhere in the world.
A student lost in thought stares out the classroom window; it’s 8:15 someplace.
A mother caresses her newborn child; it’s 8:15 somewhere.
Families gather across this great nation to mourn fallen sons and daughters killed on battlefields far far away; it’s 8:15 and gloomy.
Supermarkets filled with customers, cute children sitting in shopping carts reaching out for their favorite cereals; it’s 8:15 in the afternoon.
Politicians assemble to make laws while the privileged pull strings to control them; it’s always 8:15 elsewhere.
Birds build nests in trees, park sprinklers turn on to water the fresh cut grass; it’s 8:15 and sunny.
Even as the Doomsday Clock ticks ever closer to midnight; it’s always 8:15 there.
On a beautiful August morning, the aroma of cherry blossoms, sounds of everyday life, the laughter of children in schoolyards playing suddenly cease by a blast so loud nobody heard. All these lovely things reduced down to their elementary particles and swept up to mingle in a rising cloud of hot raging plasma. Only the skies overhead witnessed the lonely aircraft flying away. Shadows painted on the walls at 8:15 in the morning.
~RD

Posted by Bob DeLoyd at 1:57 PM No comments: