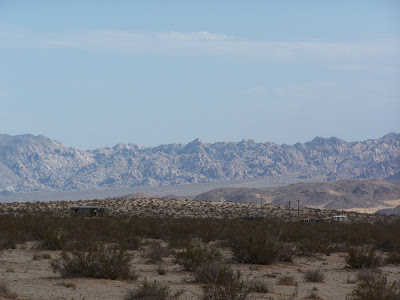 Tuesday 01- Welcome to the month of May!- did my stretches, ran 3 miles, and lifted weights- called my brother and yapped at him for about an hour- did my studies- went for my evening walk- Roger T. came by to pickup a 64 bit OS, Ubuntu, that I just happen to have laying around, for his new dual AMD 64 bit processor- my brother-in-law John called, him and my brother were out drinking beer, and wanted to say hi and talk about setting up wireless connections and VOIP- did my studies- watched "NCIS" on CBS, and I was watching "Law and Order Criminal Intent" when Andrew called. I'd rather talk to my friends when they call than watch TV which isn't real life, and communicating with a real person is. We yapped about the environment and how the air was cleaner in Los Angles because the folks over there filter out all the pollutants with their lungs- wrote my column and sent it to the newspaper.
Wednesday 02- did my stretches and ran a mile- had to wait around the house for FedEx to show with a package containing an iPod for me and it was windy outside so I just played with the MacBook trying to get used to it. I looked out the window and saw a FedEx package laying on the ground, it turned out not to be the package I was waiting for but the AppleCare I had ordered on Ebay last week and had told the seller to send it USPS to my PO Box out on Border Ave. So FedEx had the wrong address and actually took the effort to get the right address to my home on Winters Road and dropped it off around 10AM when I was out on my run. My iPod didn't arrive until 4PM. I loaded a few songs onto it and went for my evening walk- Andrew came by on his bicycle and we sat watching the sunset and talked about flying lessons. He laughed when I told him that after seeing the movie "Top Gun" back in 1986, I was so hyped up about it that I went down to the Torrance Airport and took a test flight. I am a little embarrassed to admit that after seeing "Indiana Jones" I wanted a Bullwhip! I guess I'm very impressionable sometimes- did my studies- watched "Bones" on CBS- messed around with the MacBook and iPod figuring out how to loading songs onto it; easy once you find and punch the right buttons.
Thursday 03- lots of wind and the temp in the morning was in the high 40s so I just did my stretches and lifted weights- didn't feel like doing much today so I just did lot of reading, updated the website, sent out the newsletter- went for my evening walk- watched "CSI" on CBS- did my studies and did some corrections on my blogs (started with the wrong day for the month: Monday instead of Tuesday... Dah)
Friday 04- dang windy again today, only did my stretches. I needed to give my poor old body a rest today and yesterday, but I am running tomorrow for sure!- late last night I ordered 2gigs of memory for the MacBook from Crucial.com at a damn good price too. Should be here on the 9th- played around with the MacBook must of the day still doing it by trial and error, but learning- Stoney called to tell me he made some peanut butter cookies and for me to come on over to get some; so I did, I like cookies! We jawed some about some of the troubles that our community center is having with the first Saturday breakfasts- did my studies- went for my evening walk- watched "Bones" a rerun that I haven't seen before on FOX, and then "Numbers" on CBS- my friend Mike from Hermosa contacted me on iChat and he showed me how to do a few things on the Mac OS, Mike is a Mac Fanboy and knows the OSX pretty well- finished the night working updating my blogs, answering emails, and tweaking MySpace. 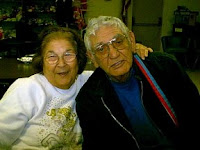 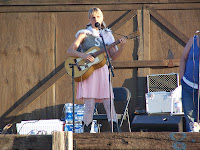 Friday 11- did my stretches, lifted weights, and rode my bike- copied all my backup disks (7 years worth) to a 30Gig hard drive and started eliminating the duplicates- Ron D. picked me up at 4:30 and we drove down to JT for the Acoustic Guitar Festival. Weren't much going on when we got there so we journeyed on over to Santanna's for a bean and cheese burrito. The jalapeno peppers really clears out my sinuses stopped up by my allergy. 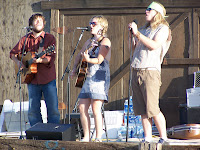 Stopped by Joshua Tree Music to checkout some guitars, then we went back to the festival but the only place to sit was on the ground, no problem, and listened to some fantastic music put on by some very talented artists (they weren't just playing cords) playing their own original stuff. Ron can't drive well in the dark so we left after the cute gal who played "Home on the Range" which everyone sang to, I think, I know I did. On the way home Ron ran over 2 trash cans, so he wasn't kidding about his night driving- did my studies- watch "Numbers" on CBS- worked on the computer the rest of the night.
Saturday 12 did my stretches (of course) and ran 2 miles- went over to Stoney's for a jaw. He is expecting his niece and her husband to arrive, so I made my visit short and left as his niece's van pulled into his driveway. I stuck around to take a few pic of Stoney and them, and then I was on my way over to Andrew's. Well he wasn't home so I went to pay Chuck a visit. Chuck and his son Joseph were there along with Barbara and Jerry. We sat and chatted while Joe launched high pressure homemade water bottle rockets into the air (and got soaked)- did my studies- Called Mom and Dad to wish Mom my first time ever "Happy Mother's Day"! That was really cool- went for my evening walk- talked to Mike from Hermosa on iChat and he walked me through a few Mac OSX commands- 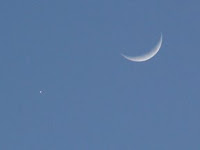 Wednesday 30- feeling much better today and the sore throat is gone so I did my stretches and ran a mile and it felt great- did some more work on the classified section of my website and almost got it to where I need it to be, just a few more tweaks and it will be good to go- finally finished the history book on western civilization. Now that I have that out of the way I will start learning JAVA programming (I hope), and study some physics and see how all that goes. I’ve had a little programming a longtime ago when I went to El Camino College back in the early 70s. It was an intro class in data processing where we learned how to write very simple programs in COBAL, FORTRAN, and Assembler languages. We had to use an IBM 029 Keypunch Machine to key in our programs using 5081 punch cards, which was very tedious, and drop off the deck at the computer room down the hall and then wait till the next day for the operator to run our programs. If we had errors, which I usually did, we had to do it all over again. I never had taken any physics courses and it just seems dang interesting to me- went for my evening walk- worked on the computer the rest of the night.
Thursday 31- did my stretches, lifted weights, and rode my bike- messed around with the MacBook some, loading my music into iTunes. My iPod Shuffle wasn’t working right since I bought it, wouldn’t charge was one thing, so I did a reload of it’s software and now charges- Stoney called to say he baked some cookies. I told him I’d drop by tomorrow because of my cold I’m getting over and don’t want to pass it along to anyone- my friend who lent me the ant book wants it back (I’ve been reading it now for three months or more), so I’ve read a few chapters of it and will try to finish it in a few days- went for my evening walk- did the weekend update of the website and calendar for June. Sent out the newsletter- tried this plugin on my MacBook for Firefox where you can make calls from your browser to other computers for free and even to landlines for free but you are limited to 3 minute calls with a max of 10 minutes a day. Well it’s enough to say howdy anyways. You can check it out at www.gizmocall.com if you want to give it a try. It is kind of like Skype but without the overhead. Called my friend Mike and he said I sounded like I was talking out of a tin can, but hey it’s free!
Posted by Bob DeLoyd at 12:26 AM